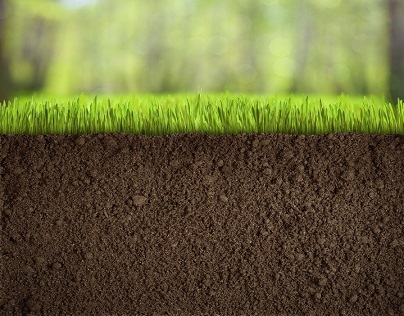 In the 1930s, the ability of green plants to form oxygen through oxidation of water -- photosynthesis -- was discovered. Since then, no other large-scale biological formation of oxygen has been found, until now. New research results show that down in the dark depths of the soil, a previously unknown biochemical process is under way, in which oxygen is formed and carbon dioxide is reduced to organic material.

"The results show that there is a highly unexpected biochemical process going on in forest-, agricultural- and grassland soils. This is knowledge that should be possible to apply in our continued work on reducing the increase of carbon dioxide in the atmosphere and countering the greenhouse effect," says Professor Siegfried Fleischer of Halmstad University, who initiated the study "Dark Oxidation of Water in Soils," which was just recently published in Tellus B: Chemical and Physical Meteorology.

The discovery is a consequence of a research track that, from the beginning, was not in line with current views of the soil ecosystem. Professor Fleischer stumbled across the phenomenon when he studied nitrification, an oxygen-consuming process in the ground. The consumption of oxygen was expected to increase when ammonia was supplied, but analyses in the laboratory rather showed that more oxygen was being produced. When the experiment was repeated, this "anomaly" showed up again and again. This new, unequivocal pattern in the results indicated the need for a new concept. Professor Fleischer took up the challenge.

He made the assumption that the bewildering result could be explained if water, which is present everywhere, contributes to reducing carbon dioxide to organic material down in the dark depths of the soil. The fact that this process takes place without sunlight, as is the case with plants, was however something completely outside current knowledge and accepted views. Professor Fleischer, however, went further, with this as his working hypothesis.

One way of getting nearer the problem was working with isotope-labelled water (H218O), thus revealing if the oxygen formed really did come from water. A few years ago, therefore, Professor Fleischer contacted researchers at the Division of Nuclear Chemistry at Chalmers University, where the right equipment could be found, and later also with a specialist at the energy company Vattenfall. The research group was able to show that the oxygen formed came from water in the soil, and that the water was oxidised biologically.

An international assessment of the scientific research, carried out at Halmstad University in 2013, called the results "potentially ground-breaking."

Professor Fleischer conducted the five-year project in collaboration with Lovisa Bauhn and Arvid Ödegaard-Jensen of the Division of Nuclear Chemistry at Chalmers University, and Patrik Fors at Vattenfall